The odds were stacked against him. The chance of success wasn’t high. Yet there was a fire inside him that refused to go out. Steven Banegas had a passion and raw artistic talent that got him through high school, out of Las Cruses New Mexico and thankfully, to the Hart & Huntington family.

This ain’t no sob story. But this is the real story. My dad died, my mom was always away working to support us, and some of my family members didn’t think I’d be anything. I dropped out of high school a couple times. I had my first child when I was 17. It wasn’t easy.

But his talent was undeniable. And after promising his grandmother he would graduate high school, we went back, only to begin taking his art to the next level. Living in a town with a lot of inmates, he was exposed to the art form of tattoos and began trying them on his own, with a handmade tattoo machine.

There was no work in New Mexico but lots of drugs, which meant a lot of prison mates with amazing body art. I got intrigued. Then I saw a piece in a magazine that was just breakthrough for the time. It opened my mind that it’s so much more than what I had seen on the people around me. That’s when I really started focusing on my artwork. My friend and I made a tattoo machine and I started practicing.

Among his first tattoos, his own high school principal’s boyfriend.

Lets just say, it was that kind of school.

Now for most tattoo artists, the path is the same. They all start with an apprenticeship. For Steven, it was all in, from the beginning. He couldn’t afford to do an apprenticeship coming from his humble beginnings. And it just shows that there is no one path for everyone in life, because he is one of the best in the business today.

I was too young and too poor to do an apprenticeship. But once I started tattooing, word traveled. I quickly developed my clientele. That was it. Everyone and their grandmother wanted one.

And how did he perfect his craft? On himself.

I learned by doing a lot of tattoos on myself. It’s a learning curve and it hurts, but at least you can stop and take breaks.

Despite some doubt from his family, Steven believed this was the career path for him. His biggest support was his wife, who helped him get out of Las Cruses. 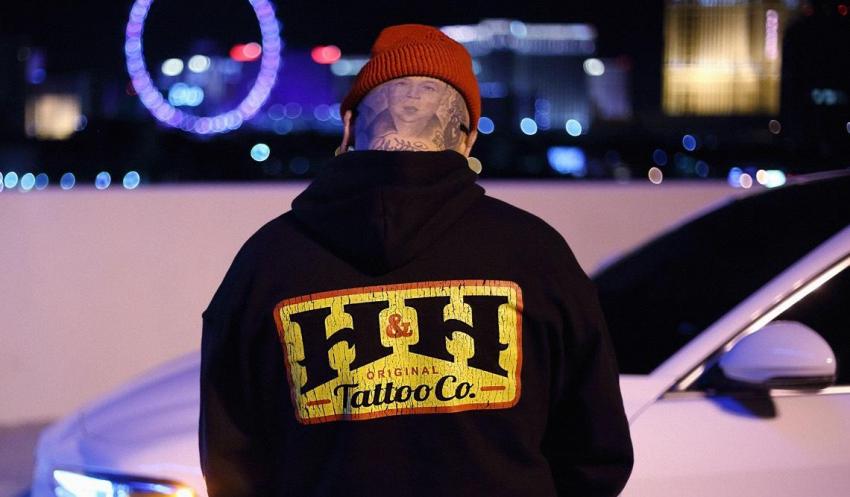 “My wife, to this day, is my biggest support. She takes such good care of me and my family. We’re an awesome team. My kids are proud of me too.”

Hart & Huntington Las Vegas was a dream job for him. He did a portrait as his audition and was hired right away.

When we got to Vegas, God blessed me. I thought, Hart & Huntington, First Casino Tattoo Shop. First to be featured on a TV show. This is big time. Six years later, here I am. I give thanks to God because without Him, I wouldn’t be the man I am today.

He now has a work family and a place to call home.

“I love that it’s a family. In many shops, most people will hate you and not want you to succeed. We’ve teamed up. We click with whatever our strengths are and learn from each other.”

If you look across his portfolio, Steven can do it all. He loves fine line black and grey, which is a nod to where he started with his handmade machine.

I started my career doing small, fine line tattoos, such as names, you know, gangster style. Now I’m versatile. It took a long time to be at the caliber I’m at now and it’s an honor and a blessing. 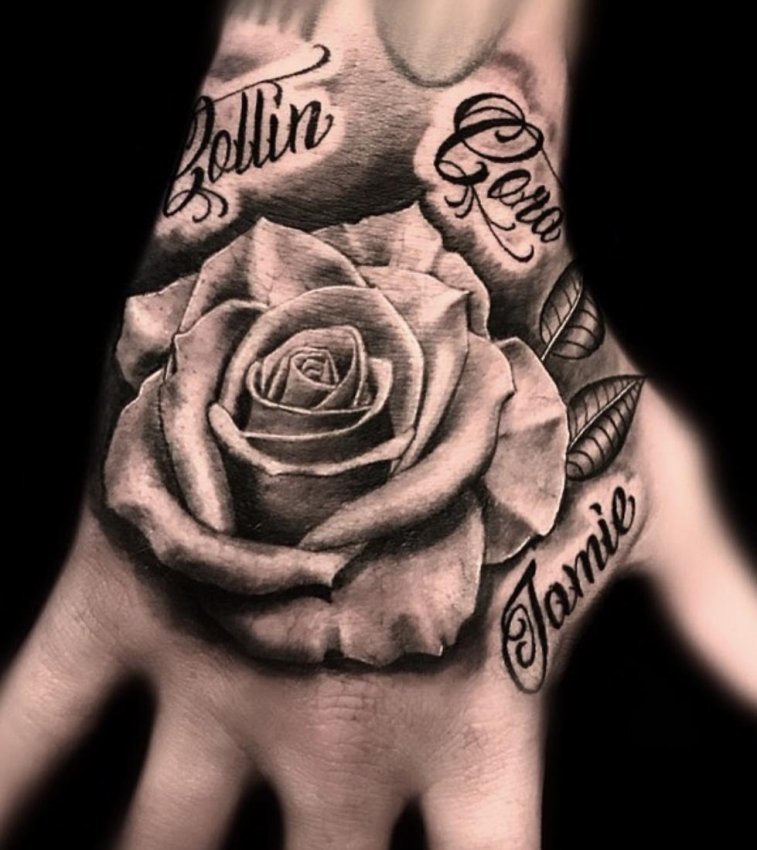 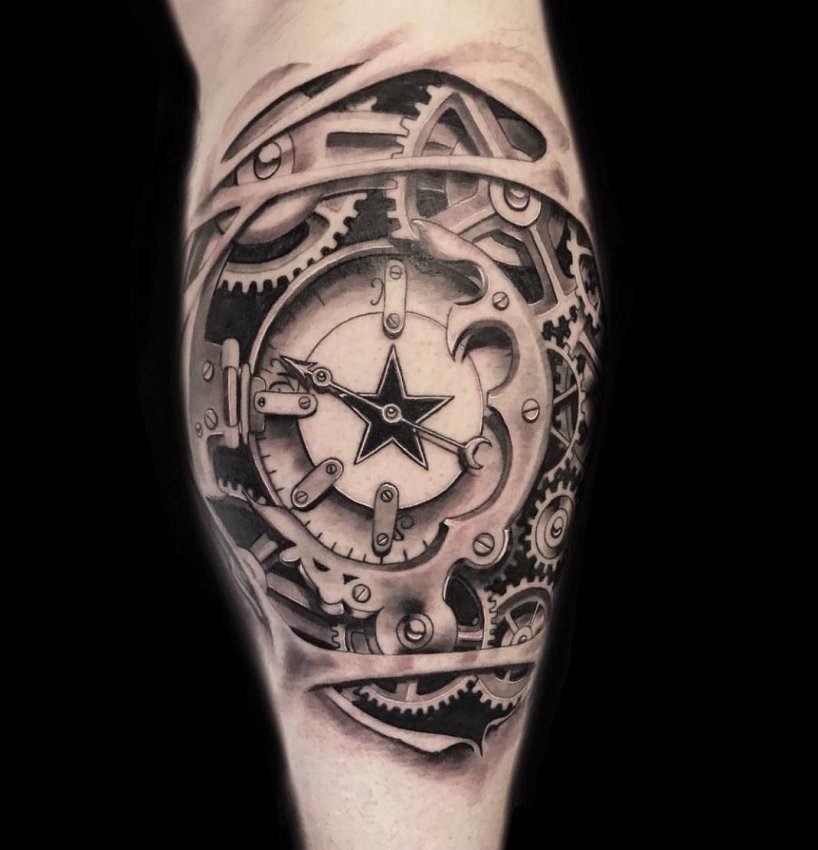 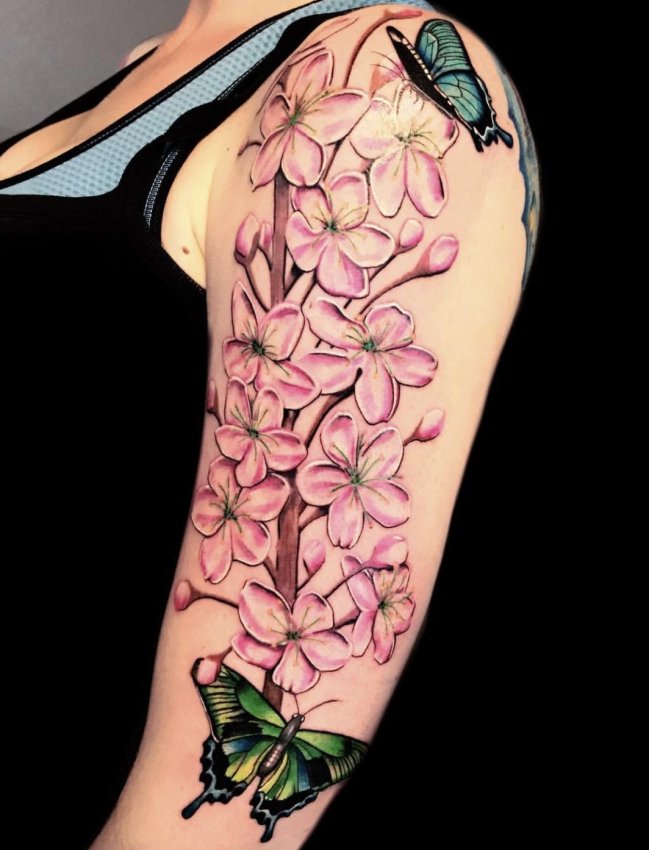 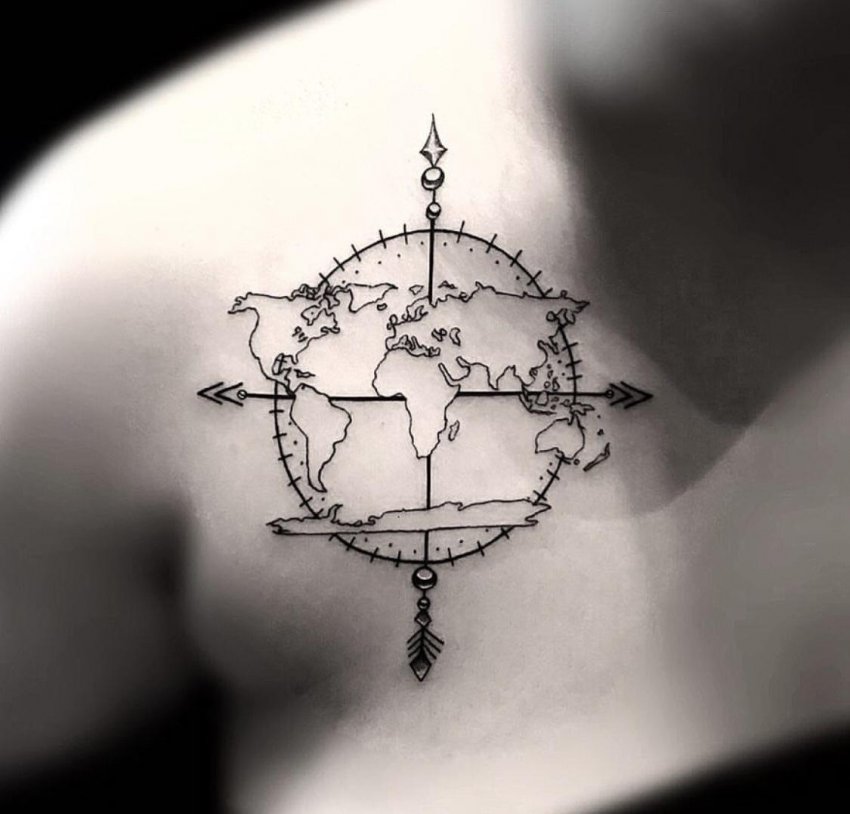 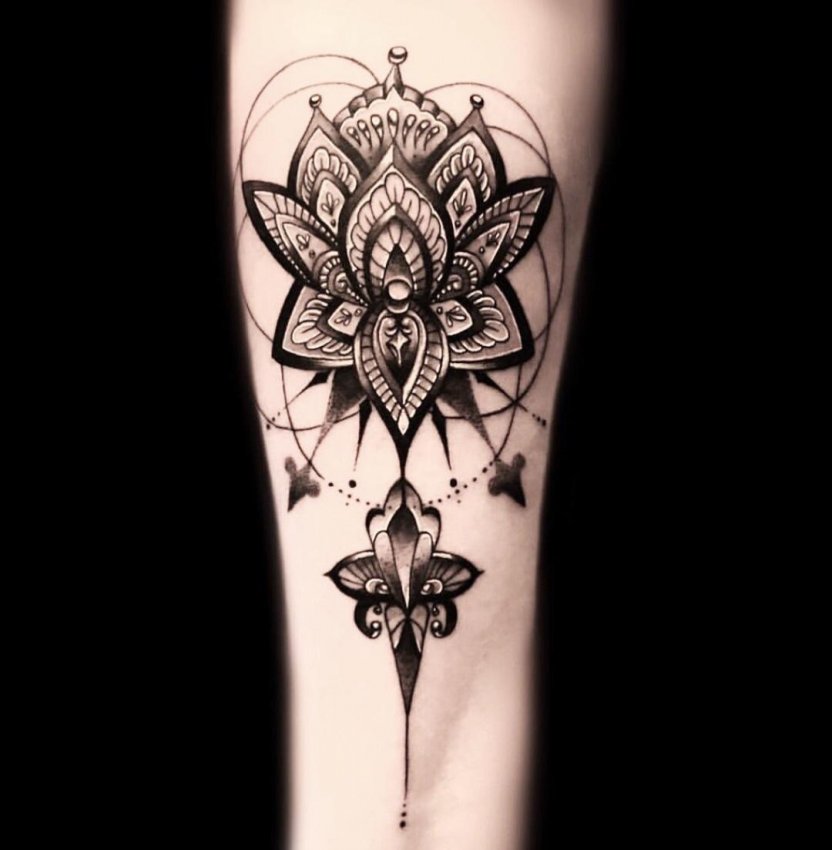 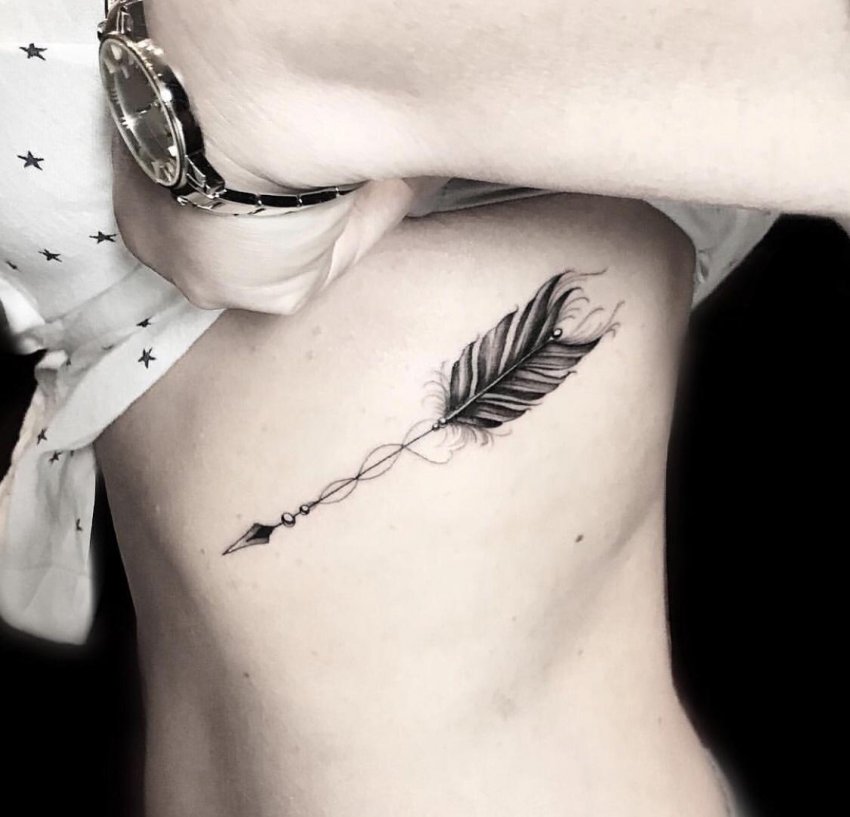 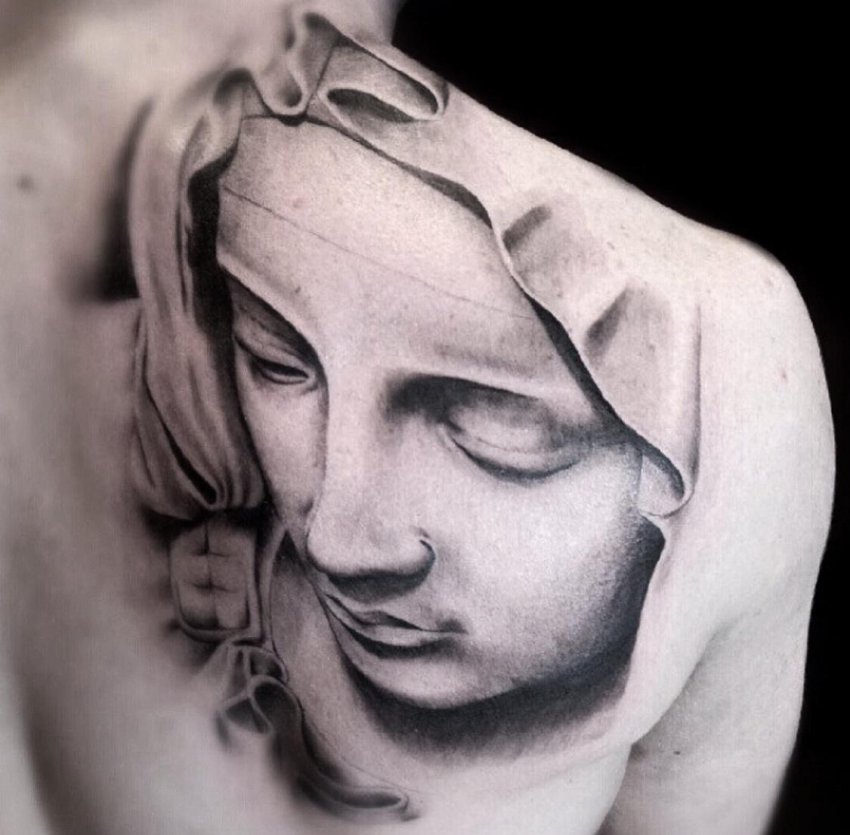 He stays sharp with trusted talent around him and pure grit.

If you don’t work hard for it, someone else will take your spot. And my buddies tell me the truth and it makes my work better. I owe it to the talents of Blanco, Ryan, Jacki and Merdok, rest in peace.

Some of his most memorable moments are the tribute tattoos he creates for those who’ve lost loved ones.

Whenever I do ‘In Loving Memory’ tattoos or portraits, people get emotional. Any time I do anything sentimental, those are the best moments.

Tattooing goes deeper for me. I had to go through a lot of bad in my life to get to something good. I’ve worked so hard with no one to help me out. You can’t just go to the store and buy this stuff. I messed up a lot of my own skin to be great. I care about people. I’d never tattoo someone else until I learned what I was doing. It took time and dedication but I can proudly say I guarantee my work 110%. And I’m doing something I love. I’m the most solid person you’ll ever meet.

Once you sit in his chair, you’re connected for life.

“I give my heart to my clients. The bond is forever.”

Talent will only get you so far.
It’s perseverance and humility that’ll take you over the...
On the darker side.
At H&H Las Vegas, Mike Zimmer specializes in neotraditional...
I left with a suitcase and a moped
To say Mike Roche, bassist of the band, True Sounds of...