Picasso and Josh Stono have a thing or two in common—breaking the rules.

Josh isn't like most tattoo artists who spent years absorbed in art. The tattooer—Josh refers to himself as a tattooer, not a tattoo artist—takes an unconventional approach to tattooing and life. But it's served him well.

While other artists were knee-deep in acrylics Josh was working on farms or in factories.

When I was younger, I did a lot of different factory work, farm work, or just general labor jobs.

The skills Josh learned working manual jobs make him the great tattooer he is today.

I did a lot of different work. So, I know how to break things down. I approach tattooing more as a trade. Like any electrician or pipe fitter, you start learning the basics of everything and the skills build up.

Let this encourage anyone who wants to become a tattoo artist but doesn't necessarily have a background in art or a natural talent. With a solid work ethic and a dose of determination, you can create incredible pieces of art. Take it from Josh.

I don't necessarily think that you have to be an artist to tattoo.

If you can learn how to break something down and put in the work and the hours, you can create just as amazing tattoos as a naturally gifted artist who works with multiple mediums like oils and acrylics.

Josh took his work ethic and got busy.

Part of my apprenticeship was tracing a lot of that old school flash that was on the walls. I had to do a minimum of 6 pages a day. If you trace 100 roses, your mind and your hand have an idea of how to build one. I did the same with every subject and eventually started creating my own artistic style.

Take a look at Josh's work, and you'd be hard-pressed to believe he didn't spend years as an artist.

When I tell people I'm not a natural-born artist, it blows them away. In my opinion, if you do something quality, that's better than something super artsy.

Versatility is a trait that makes Josh one of the most sought-after artists around. It also prompted master tattoo artist Jime Litwalk to give him props—a pretty unheard-of feat.

I was working with Jime at a tattoo club in Las Vegas. I really looked up to him, so I asked him to critique my portfolio, which is a double-edged sword right there. I was ******* scared! He's going through my stuff and he doesn't have anything bad to say, which is great. We all know Jimmy's style, right? Jime's got his stuff, and that's what it is. So Jimmy puts it like this, ‘if you and I were to go to a tattoo convention and we got a booth side by side, I’m going to be booked all day, because a lot of times when people go to tattoo conventions they're looking for a specific style. But if you and I were to go to some random shop trying to get a job, nine times out of ten, the shop owner's going to choose you over me because you can pivot.’

But, it's just like Josh to get to this point by breaking a few rules in the tattoo industry and on the road to get here.

Born in Central Ohio, Josh describes his childhood as "feral" and fast. After a while, this lifestyle caught up with him, and he got a one-way ticket to Vegas.

I got to Vegas and was working odd jobs at the movie theater, bussing tables, whatever I could get. I didn't have a car, so I would walk to the bus stop and pass by this tattoo shop after work. After I started making money, a lot of it went to getting tattoos at this shop. I just kept going back to the shop and hanging around because it was the crowd I was used to.

Finally one of the guys says, ‘If you're hanging around like this, I need to talk to the boss about getting you an apprenticeship.’

But, it wasn’t just the tattoos that drew Josh to the shop.

It was a wild place. I didn't know many people out here in Vegas. I gravitated to that because it was what I knew back in Ohio. Honestly, it was more of the lifestyle that attracted me to the shop than the art of it.

Josh figured if he wanted to keep hanging around he better take them up on that apprenticeship.

I just figured I could go in there and sweep the floors. Maybe I can even start piercing because, as I said before, I wasn't a naturally born artist. I finally started piercing and making a little bit of money. And when I'm working with these other dudes, and seeing their tattoos, I look at their tattoos, and I don't know **** about tattoos, but I said to myself ‘if this dude can do this tattoo, so can I.’ So that was just the natural progression into tattooing.

As Josh progressed into a tattooer, he made his own rules. Not one to conform to the boundaries of specific styles such as Realism, Anime, or American Traditional, Josh focused more on what worked for him and his clients. And if it meant crossing styles, well, he was gonna do it! 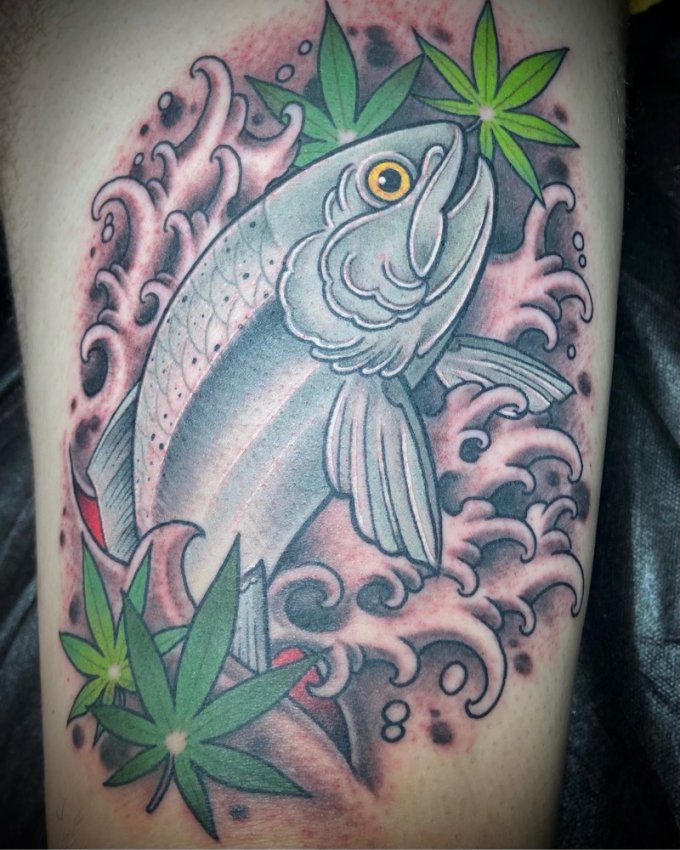 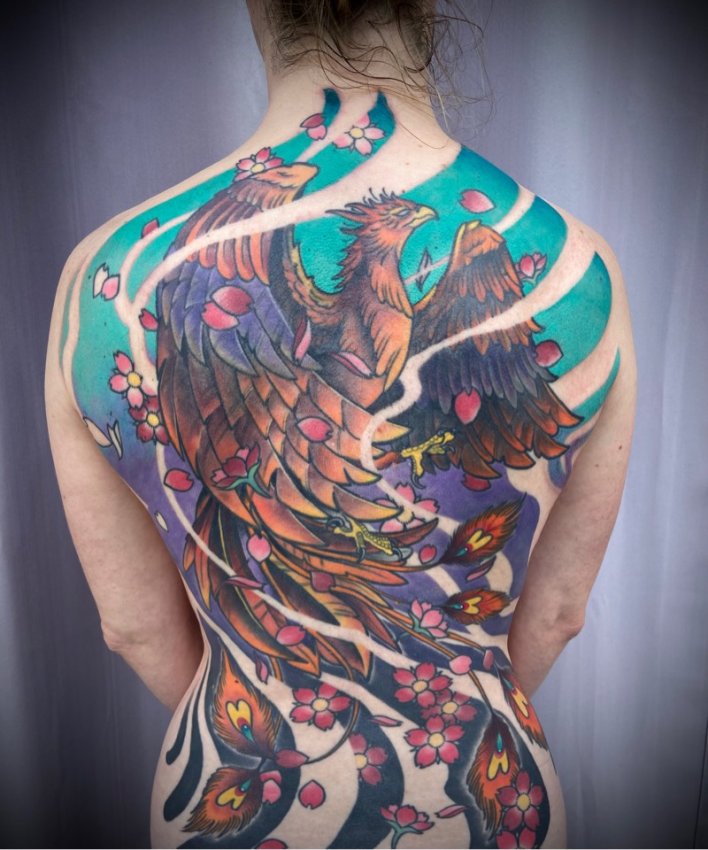 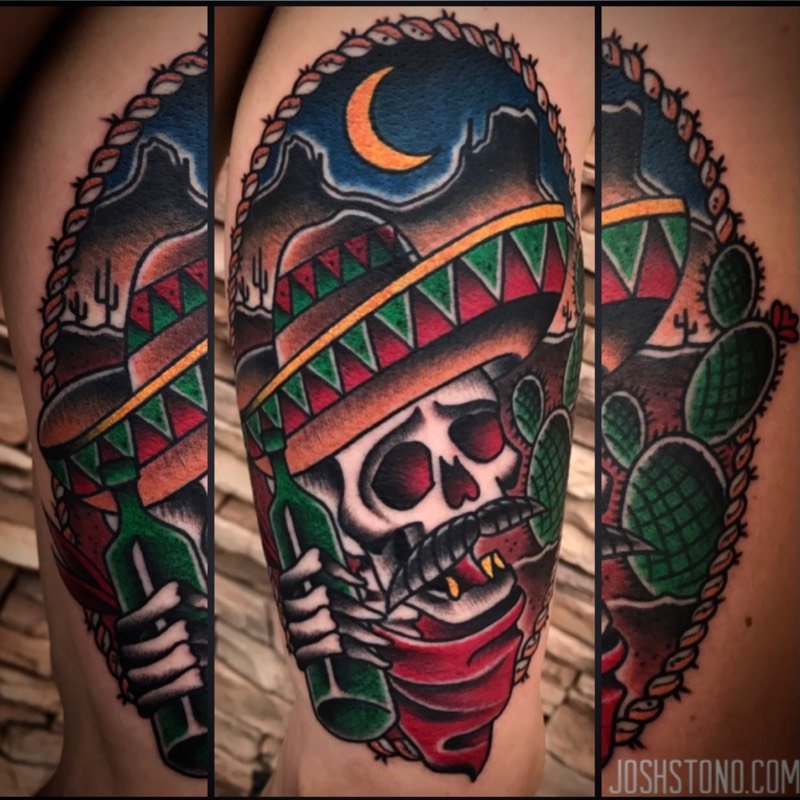 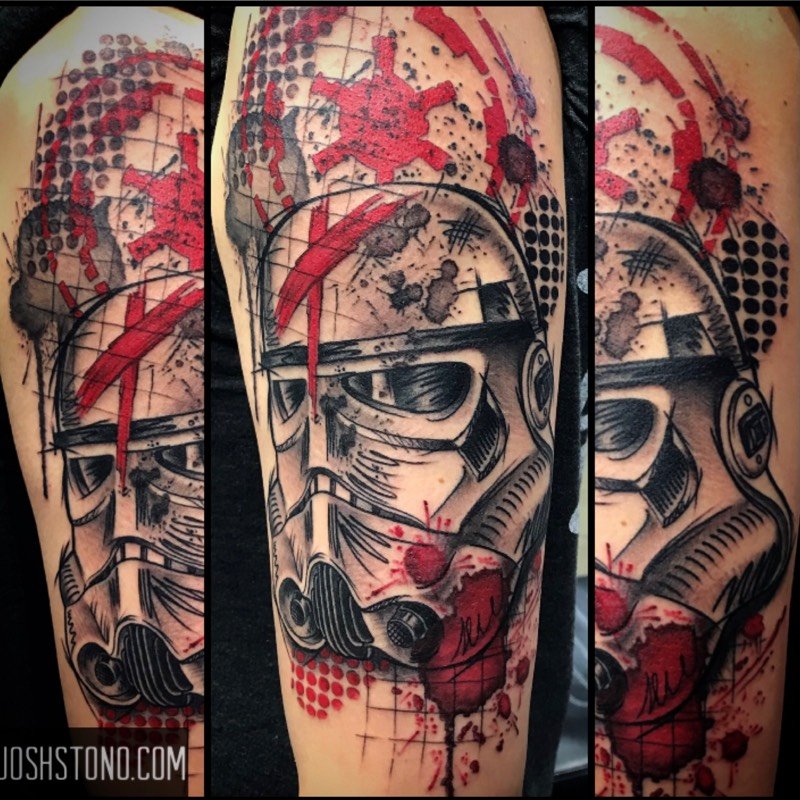 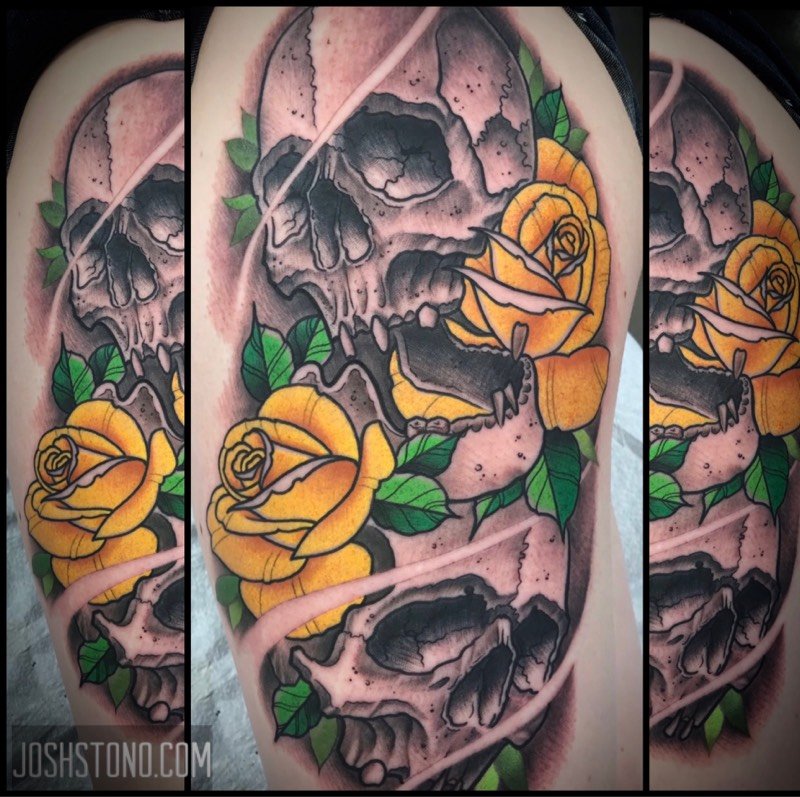 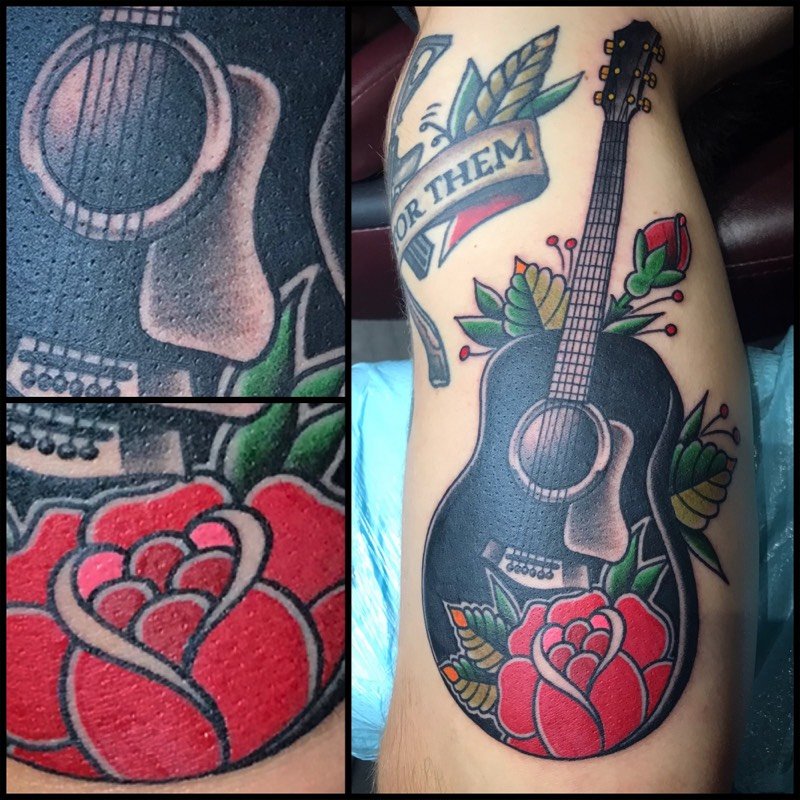 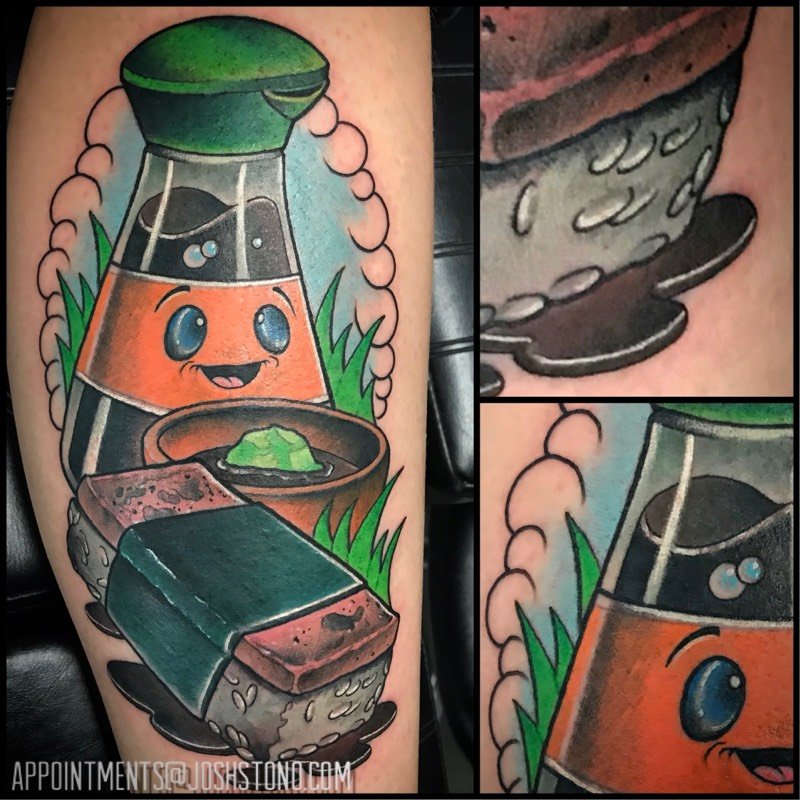 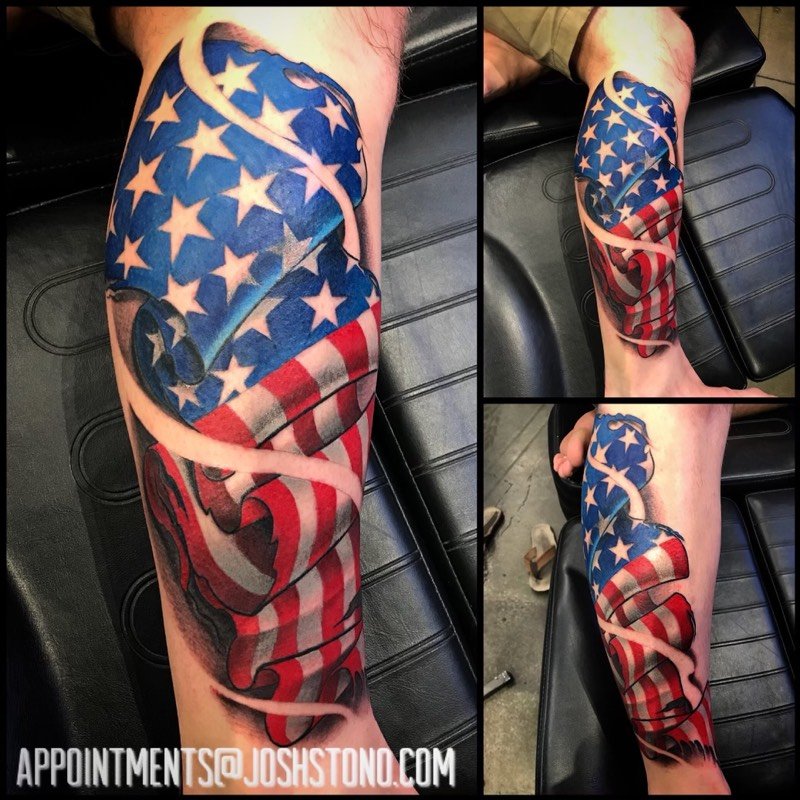 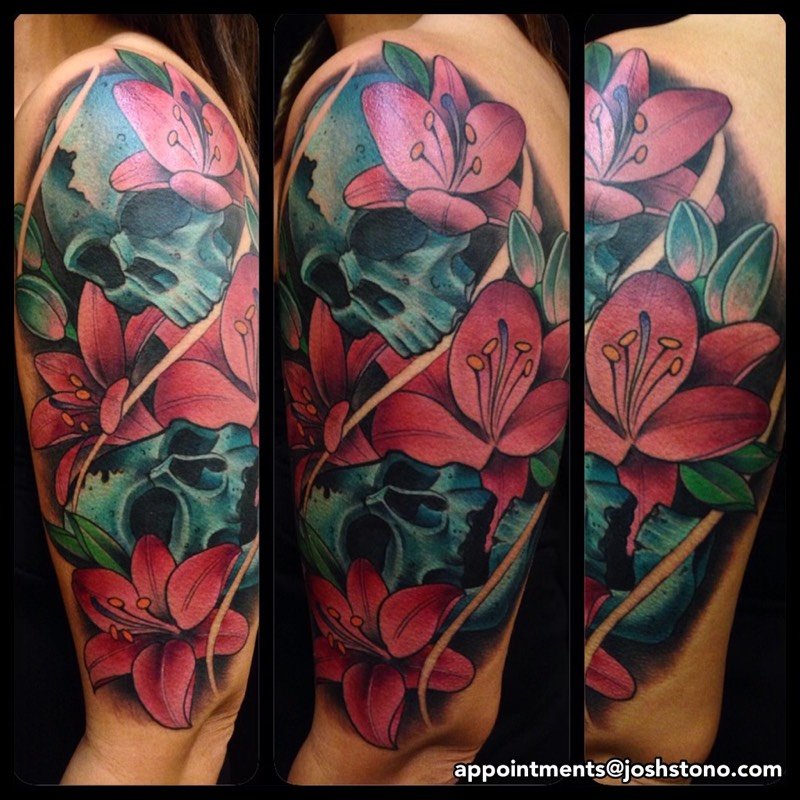 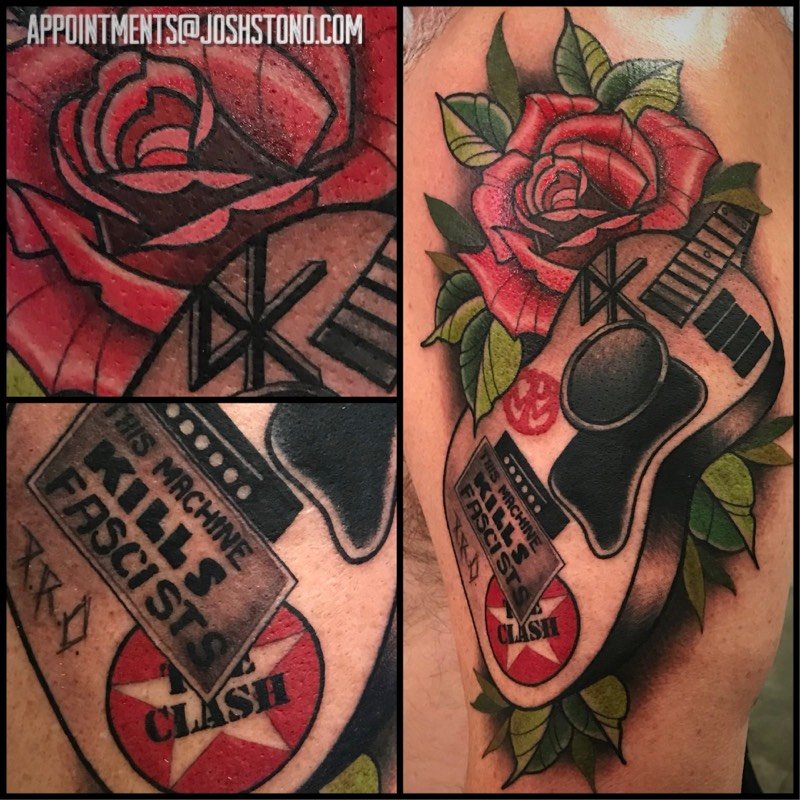 Josh refers to himself as a “junk tattooer”…and it may be a term that catches on. However you want to describe “junk tattooing”—a mix of styles, breaking the rules, blending components from different art—it works. And it works pretty damn well for Josh.

Junk tattooing isn't one specific style. It’s your own kind of fusion of a bunch of different styles. Some people prefer one style of tattooing. I'm just not that guy.

He still may like to have a good time and break a few rules, but he’s true to his own style and clients right here at Hart & Huntington Las Vegas. Come by and meet Josh, check out his art, and have a lot of fun breaking the rules of tattooing! 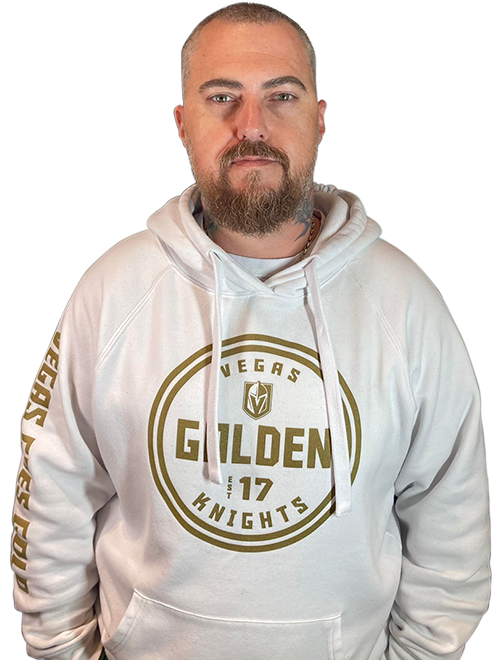 Request an appointment with Josh

Talent will only get you so far.
It’s perseverance and humility that’ll take you over the...
Healing through art, one piece at a…
Tattoos can become a meaningful way to honor a person or a...
On the darker side.
At H&H Las Vegas, Mike Zimmer specializes in neotraditional...